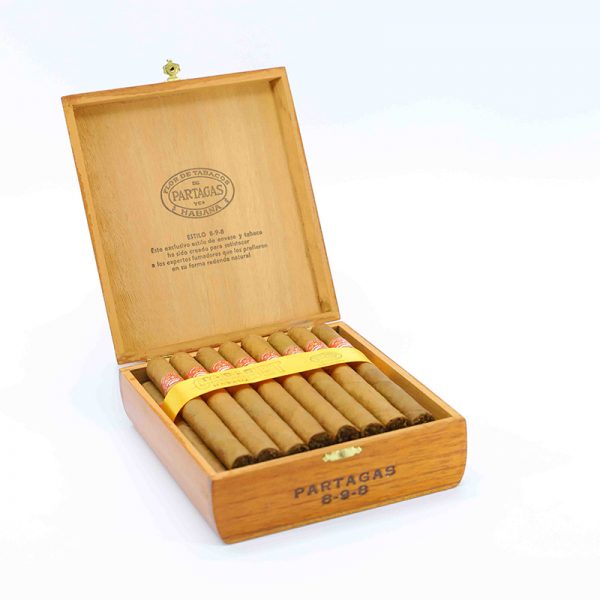 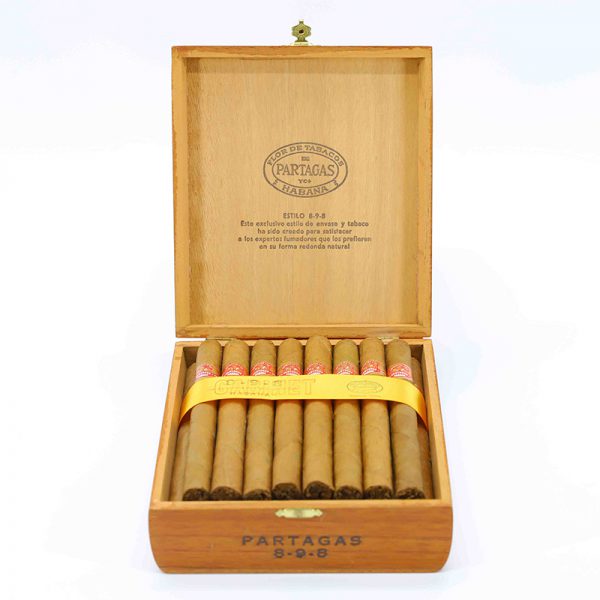 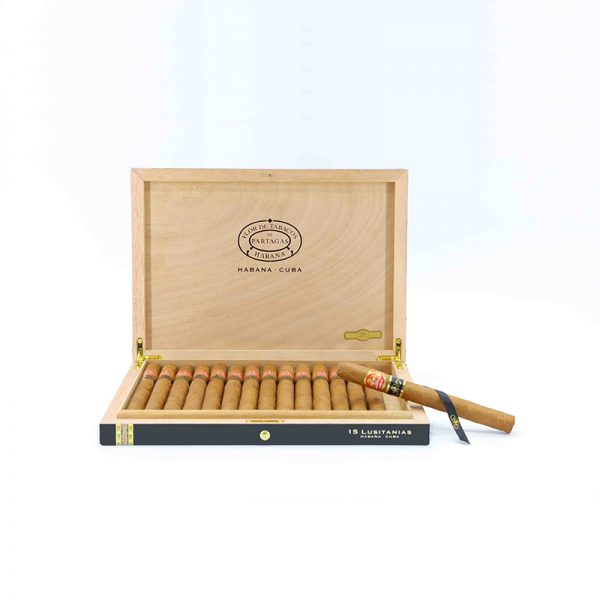 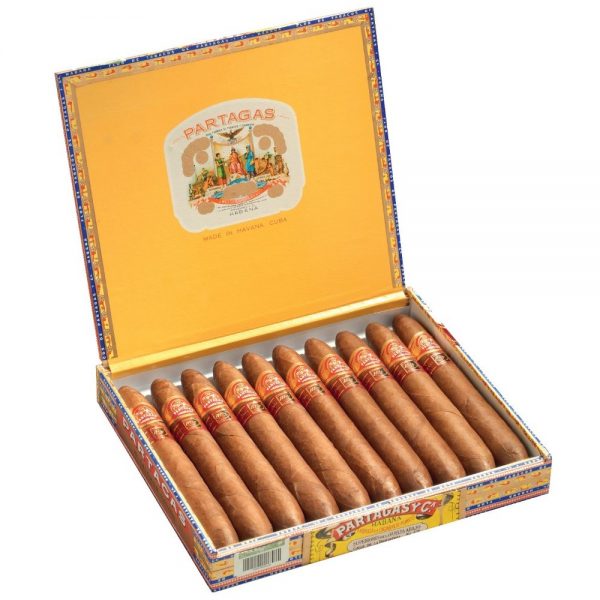 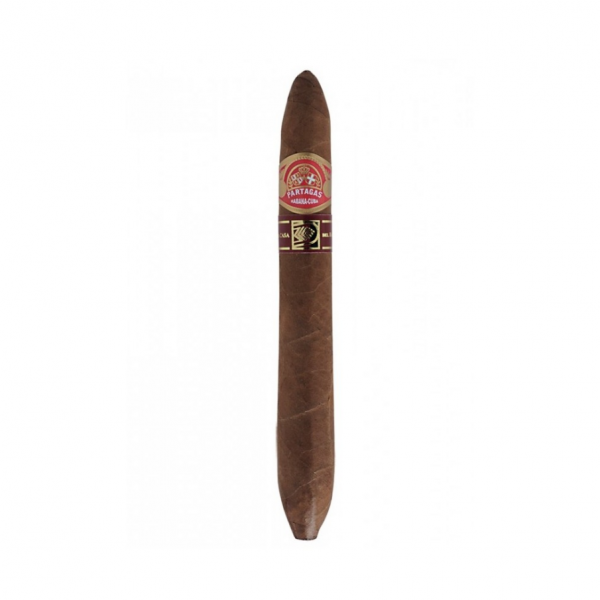 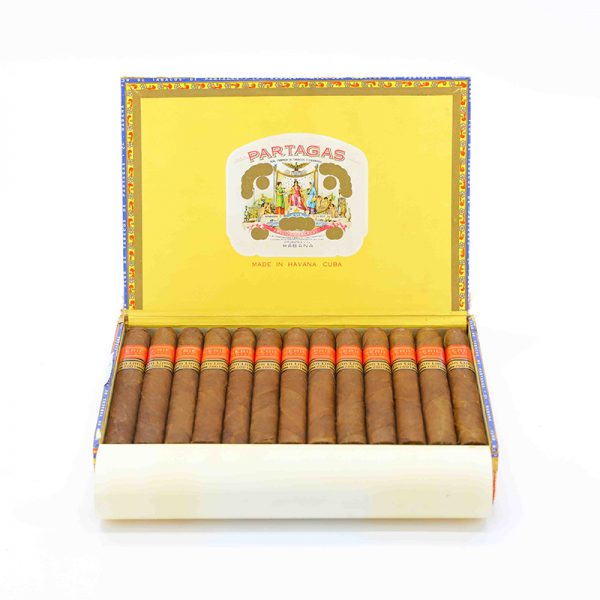 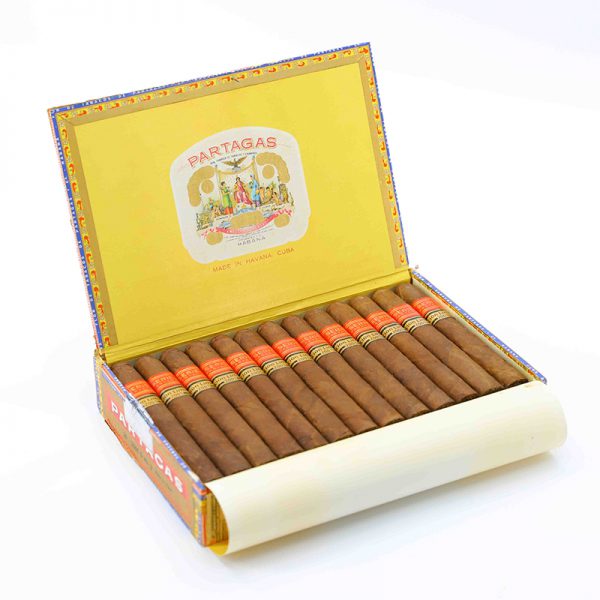 The partagas cigar  brand is one of the oldest brands of Havana cigars. Partagas cigar  is famous for his cigar factory, which is located in the center of Havana. The brand was founded in 1845 and has been named after founder DonJaime Partagas ever since partagas cigars are internationally renowned for their large production, in part because partagas also owns cigars made by the Dominican General Cigar Company. The difference between Cuban and Dominican cigars is that one has Habana printed on it and the other has 1845 printed on it.

Partagas cigar was an instant hit with the crowd. Its distinctive earthy flavor comes from the tobacco specifically chosen from the Vuelta Abajo region. Between 1867 and 1878, partagas cigars won at least four gold medals at international expositions and became famous around the world at the same time.

Partagas cigars come in a variety of sizes and shapes, with Lusitania and 8-9-8 receiving a lot of attention. Lusitania rating 93 ranked in the Top25 of the 2017 world cigar rankings.8-9-8 is named after the position of the cigar. It is also a product mainly promoted by large-size cigars. It has a strong flavor and is loved by customers.

The most famous cigar factory in Havana is partagas. Since its introduction, partagas cigar has been widely recognized for its distinctive earthy flavor, derived from the carefully selected tobacco leaves of the Vuelta Abajo region, which give it its rich aroma and rich taste. The most prominent of the partagas cigar series, Serie D No.4, has forged a legendary history of naming cigars with letters since the 1830s.In 2011, Serie D No.5, Serie E No. 2 were added to the series.

Regarded by cigar lovers as the ultimate in color, partagas cigars are a national treasure of Cuba. Partagas is world-renowned not only for its ability to attract top cigarette experts, but also many more other people. It has always been a synonym for high-grade cigars, with the reputation of ‘Cuban national treasure’. It is noble, luxurious and exquisite, respected by many upper-class cigar fans. It not only represents an outstanding taste, but also a symbol of noble status. It has won three gold medals in the International Cigar Exposition held in Paris, which is undoubtedly the best proof of its excellent quality.

If someone asks Cuba where the people are happiest, the answer will be the workers in the partagas cigar factory. Because the factory has a bonus: every worker can take a cigar home from work. In many Cuban cigar factories, cigars are given to individual workers as bonuses or benefits, but not many are so generous, and a partagas cigar’s price is enviable. In addition, to avoid the boredom of long operations, there is a special tradition in the factory – reading the newspaper. In the corner of the room is a dedicated person who reads the news or tells stories, and partgas’s unique factory culture allows workers to work in a joyful mood, working expertly and quickly, naturally rolling their happiness into cigars and spreading it around the world.

Always perfect, partagas is a flag in the hearts of cigar lovers. If you feel your presence in the partagas cigar, don’t be surprised, it’s because it’s looking at you with enthusiasm. You can watch the smoke in your mouth flying in the air, and it is the most beautiful dance for you. Do you feel like your own king? This is what partagas can bring you — composure, calmness, generosity, tolerance and sensibility. At the same time, you will be exposed to pure cigar culture, which will be an endless treasure for your life. Partagas is a representative of the strong style of Cuban cigars, there are nearly 20 sizes for cigar lovers around the world to choose from.

Partagas cigar price of gran reserva lusitanias 2007 is relatively expensive. The global limit of Gran Reserva Lusitanias 2007 is 5000 boxes,released in 2013. The tobacco leaf is only the top tobacco produced in the core production area of Cuba. The coat, sleeve and heart of the cigar are all aged for more than 5 years. Smooth and exquisite. On the palate, from light at the beginning to medium rich at the end. There are many variations in taste, but the main line is very clear. The classic partagas pepper flavor runs through as the main line, the toast flavor and light cream flavor in the front section. Woody and nutty notes in the middle. And the earthy nutty taste at the end. Many changes have been made since its launch, with milder flavors, earthy and peppery. A very elegant cigar. It is one of the finest Havana cigars in the world, a veteran customer’s collection.