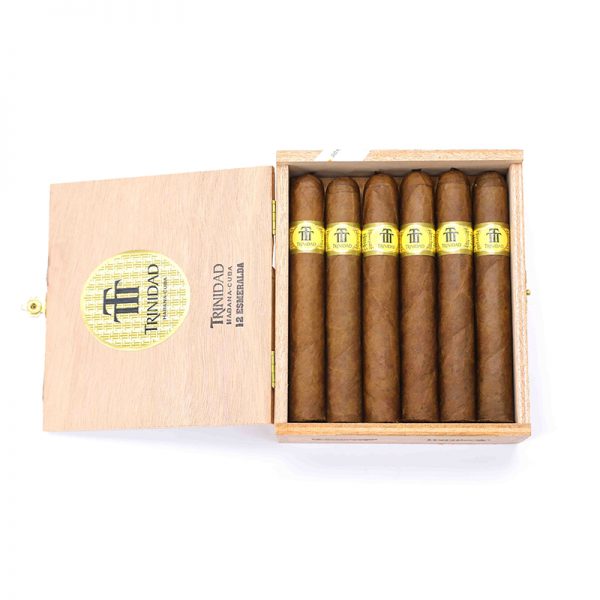 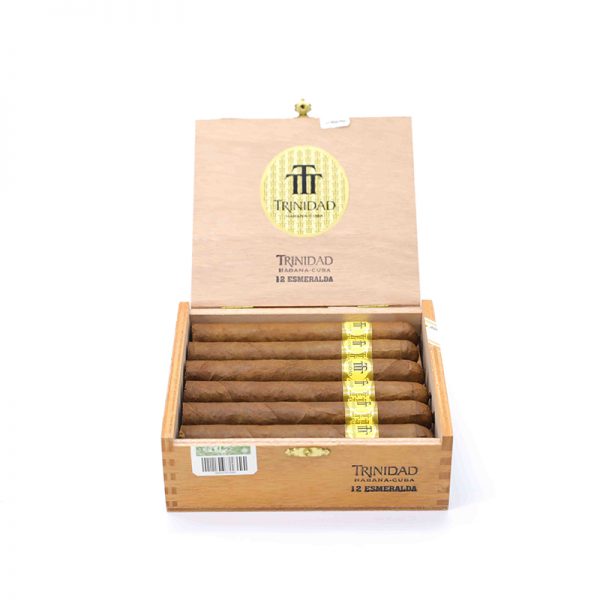 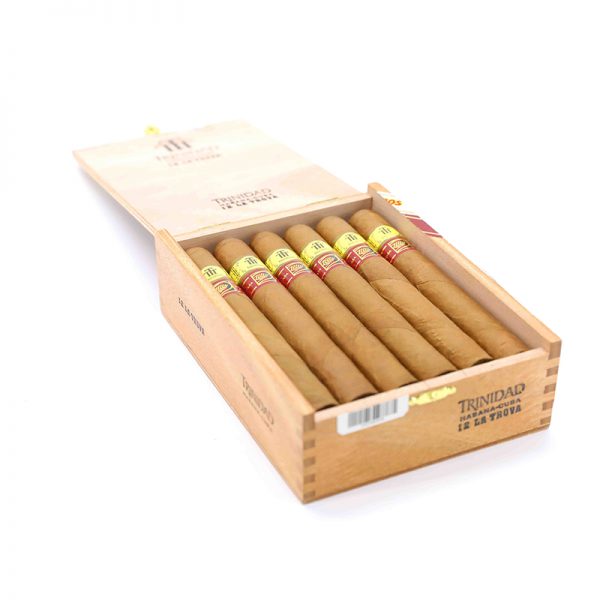 Trinidad Cigar is a popular cigar brand that is linked closely to Cohiba, which has emerged from the shadows of Cohiba 30 years after its creation. This brand is named after the Cuban city, a city in the province of Sancti Spíritus which was founded in the 18th century. The city is now famous for its historic center with its colonial architecture and has been an international heritage site.

Trinidad has been producing its cigars in the famous Cohiba factory, “El Laguito”, for a lot of years. El Laguito is probably one of the most beautiful cigar factories in Havana, and maybe in the world as well. At the end of 2004, the demand for Trinidad had far exceeded the production capacity of that factory. As a result, the production was therefore moved to Pinar del Rio, in the Vuelta Abajo, which was where all the leaves that make up Trinidad cigars are coming from.

Trinidad has not been producing a lot of cigars, so it is still keeping the best quality. Trinidad cigars’ leaves are specially selected and are fermented twice, unlike Cohiba.Laguito 1 which was discontinued in 1997 when the new Fundadores were released and tasted very similar to the Cohiba lanceros. Both brands are used by the Cuban government as diplomatic gifts to foreign dignitaries and there are indeed some similarities.

In trinidad cigars, created as a classic lanceros size, the main line has a floral, woody and cardamom aroma, which is very popular among the old customers. The creation of the senior portion shows that it enjoys a very good reputation among cigar zones and is only valuable as a diplomatic gift.

The trinidad la trova is a cigar specially customized for the Cuban-owned store ‘La Habana’, which was released during the Cuban Cigar Festival in February 2017. The first part is light and soft woody with salty notes, the middle part is mellow and nutty with a hint of sweet and floral, and the last part is lighter with hints of cocoa and pepper. It is also one of the best cigars in Trinidad.

Trinidad esmeralda serves as a pure handmade cigar and is at present trinidad cigar’s most advocated product. Whole cigar flavor is very rich.The fragrance of trinidad esmeralda is perfect, and so it is very popular in the cigar market. It is relatively affordable and suitable for people to experience the taste of Trinidad cigar.

Although Trinidad cigar is one of the youngest brands, Trinidad has a great popularity among initiated enthusiasts as it is already offering a wide range of highly popular collector’s items. Among those collector’s items are the Trinidad 40 and 50 Aniversario Humidor and the Farm House Humidor.

Trinidad Cigar is characterized by its exclusivity, and its special characteristic in the length of the fermentation. The leaves are also specially selected.  It is also offering a great range of highly popular collector’s items. For people who love to show off their unique taste and want to stand out from the crowds, Trinidad would be your first choice.

Introduced in 1991 as a national gift brand like Cohiba, trinidad cigar was originally designed as a gift for President Castro and other important guests. Since 1998, a small number of Trinidad cigar have been introduced in the market. Trinidad cigar is very mysterious, its origin is still a mystery, it did not have a formal brand introduction and was not properly introduced until 1998 in Cuba Havana hotel dinner.It began to sell a small number overseas. Many cigar books have mentioned Trinidad, but there is no complete description to put together a complete brand image. In 2003, at the London Hilton on Park Lane, Trinidad cigar’s global launch was finally made official at a Cigar Dinner hosted by the exclusive distributor of Cuban cigars in the UK, named Hunters & Frankau. This was evidenced by the menu given to each of the guests. During this dinner, four notables of the evening hand-signed a unique Trinidad ashtray. They were namely Sr. Raúl Valladres (master blender of Trinidad), Sr. Fernando Lopez (former director of the H. Upmann factory and general manager of the Cuban tobacco industry), Mr. David Lewis (shareholder of Hunters & Frankau) and H.E. Sr. José Fernandez de Cossio (Cuban Ambassador).